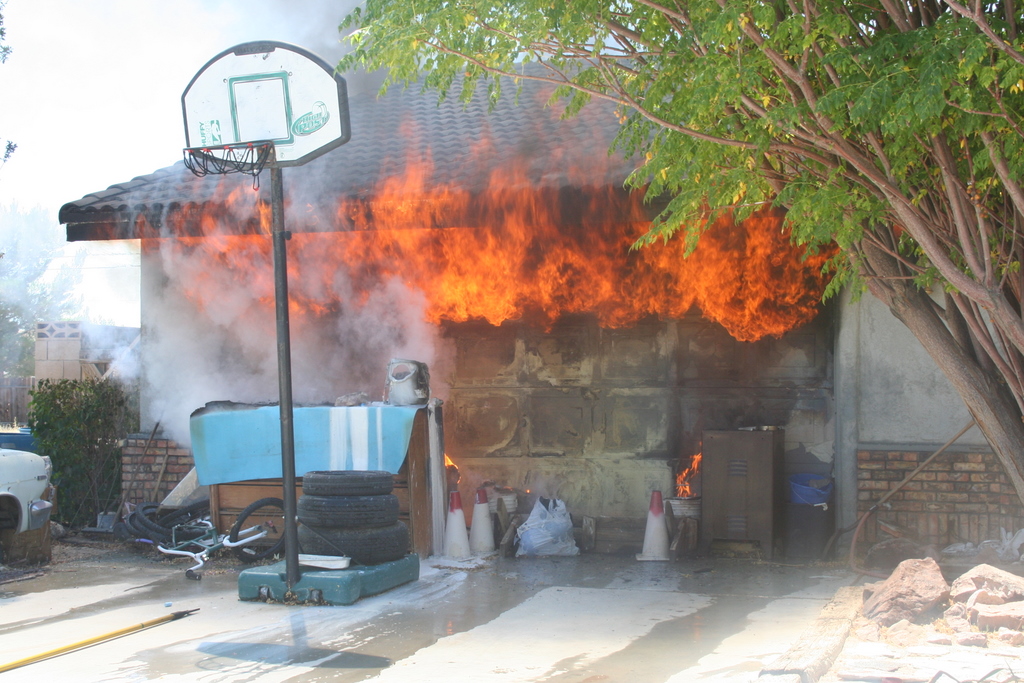 The California City Fire Department responded to a structure fire at 1155 am on august 10th in the 9200 block of Columbine Ave. Units arrived on scene in less than four minutes and had difficulty accessing the fire due a very large accumulation of household items. Once fire crews gained access they encountered an extreme fire load of flammable liquids, materials and accumulation of stored property. Fire crews were able to keep the fire contained to the garage with minimal smoke damage to the rest of the structure. The California City Fire Department Arson Investigation Division also responded for cause and origin investigation due the conditions of the fire. Preliminary investigatory findings have concluded that the fire was accidental in nature and related to smoking materials. No injuries were reported with damages estimated at $25,000. (Copy Right Photo Provided by: Bob Smith)