NFPA does not test, label or approve any products.
Updated: 11/08

Often called the silent killer, carbon monoxide is an invisible, odorless, colorless gas created when fuels (such as gasoline, wood, coal, natural gas, propane, oil, and methane) burn incompletely. In the home, heating and cooking equipment that burn fuel can be sources of carbon monoxide.

CO enters the body through breathing. CO poisoning can be confused with flu symptoms, food poisoning and other illnesses. Some symptoms include shortness of breath, nausea, dizziness, light headedness or headaches. High levels of CO can be fatal, causing death within minutes.

The concentration of CO, measured in parts per million (ppm) is a determining factor in the symptoms for an average, healthy adult. 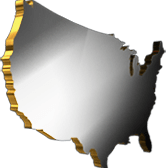